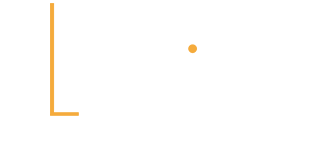 A cricket fan since the ’70s growing up in army cantonments across India, one country always held my attention – Pakistan.

Especially envious of their fast bowling armoury, like many youngsters, I too slogged in the nets, hoping to be India’s first genuine fast bowler! It hurt our masculinity that our quicks were no match to theirs!

So, in recent times, the unravelling of their cricket along with other areas of the country has been a subject of fascination for me. One after the other, some incredibly gifted Pakistan cricketers have been caught in scandals, crashing their career and hurting the country’s image. Most legends are under the cloud too.

By contrast, Indian cricket, though initially tainted by the fixing scandal, appears to be in a good place with a sound system to groom talent. Today, sadly, matches between the two teams are a mismatch.

The two country’s overall fortunes also exhibit similar trajectories. India’s rise since the 1990s has been phenomenal while Pakistan clearly did not keep pace, widening the chasm.

In both cases, you notice the difference in one aspect – father figures.

While India has had the imprint of Gandhi’s mentoring in its consciousness, Jinnah did not get the chance to have the same impact on Pakistan, passing away soon after the formation. Subsequently, many promising names emerged in their politics, mostly failing to deliver and democracy never really found roots.

Coming back to cricket, the roster of Indian cricketers who have been wonderful mentors and leaders from the recent past is impressive – Ganguly, Dravid, Tendulkar, Kumble & Dhoni stand out while contributions of Srinath and Zaheer Khan in grooming India’s pacers is not as visible, though immense. Compare this with Pakistan and you struggle to think of any serious contender after Imran! The last of their cricketers who achieved legendary stature were mostly discovered and groomed by Imran, they themselves could not, however, prove to be extraordinary leaders.

Interestingly, India’s success in Under 19 World Cup which included a rather one-sided win over Pakistan had only one subject of discussion in Pakistan media – Rahul Dravid as the mentor for India’s young team.

Similarly, Shoaib Akhtar often laments how much more he would have achieved had he found a captain like Ganguly in Pakistan. The impact of not getting a father’s nurturance on the young has been a subject of many Hindi movies. Best epitomized by Amitabh’s numerous roles, where he would end up on the wrong side of the society as a consequence of being fatherless.

Even in politics, think of a popular leader and you can see their power coming from the youth seeing them as a guiding father figure.

Our culture has glorified mother’s nurturance while underlining the importance of a father’s nurturance more by projecting its absence. Corporate leadership too perhaps has a lot to borrow from lessons in being a father.

It’s time we gave this subject its due attention or the consequences are there for us to see!

Share
previous
It’s tough being a client!
next
Rangoli, handwriting and your mind